FIRE HAZARDS CONTINUE TO ROAR THROUGHOUT THE SOUTH LANDS 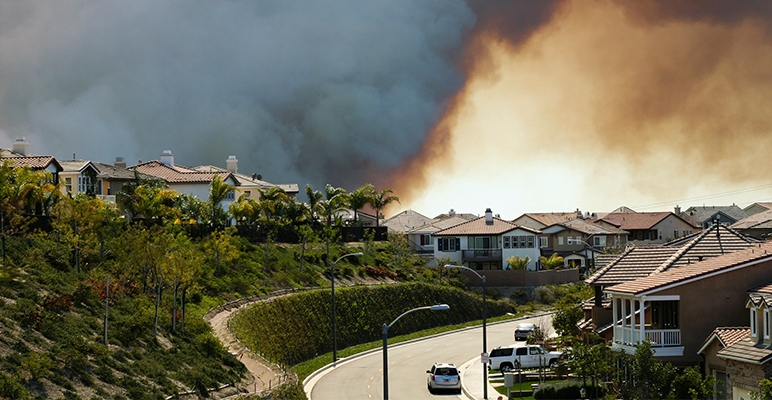 Since 10 days ago, the wildfire that has caused havoc to the drier areas of Southern California, such as the San Bernardino Mountains, have forced residents to leave the area, as firefighters struggle for containment.  The fire has stretched its course to over 90 miles east of Los Angeles and has already destroyed more than 46 square miles since June 3rd.   More than 2000 firefighters are in full force to battle the menacing blaze.

In addition, the fire in Moreno Valley, about 70 miles east of Los Angeles, was 25% contained by Thursday, July 2nd.   The fire also scorched around 150 acres of dry brush.

Weather meteorologists expect lightning strikes on Monday (July 6) or Tuesday (July 7) which may cause more fires to blaze.  The greatest risk lies in the San Gabriel Mountains on Monday.  Fire fighters are staying alert and prepared for the next round of lightning strikes.

Southern Californian areas such as Los Angeles, Ventura and Riverside counties are expected to have thunderstorms this week, causing for more lighting strike burning risks.

A few days ago, the thunderstorms were so huge that about 800 lightning strikes in Northern California set 36 fires ablaze in less than 24 hours.

Meanwhile, in Northern California a fire that blazed 320 acres of Vacaville, CA was 100% contained on Sunday, July 5th.  Inspectors said that the fire may have been started by fireworks.

As the lines of urban and forest areas merge, there are more fire risks to residents in that region.

Consequently, the residual smoke particles can actually cause respiratory problems for those who live in that area.  Fire particles with smoke can enter into someone’s lungs through their eyes, mouth and nose.  The smoke that has been inhaled has an air quality that is five to fifteen times worse than normal of fires that burned within 50 to 100 miles of a city.

Additionally, streams near burn areas carry more sediments that run off downstream and can pollute the water reservoirs, which would require more water treatment, although Southern California’s water supply is already scarce.  The continuing wildfires are causing more stress to the Southern Californian region, as well as other Western states.  For any structures that are damaged by fire and smoke, you should contact a veteran environmental restoration company such as Protech, to create a safe and healthy environment for your family or those affected by the burn areas.